Today is the 112th anniversary of the 1906 San Francisco earthquake, an event that changed virtually every aspect of the city. For decades following, people talked about the time before the earthquake and the time after it. It was the most important reference for the entire history of San Francisco.

Such a “big one” will happen again. Until then we are living at a time before the Great Bay Area Earthquake (perhaps it will be called something else). When it strikes, the Bay Area will likewise change in fundamental ways.

What we call “disaster recovery” is a misnomer, at least for large disasters. Like all cities that have gone through catastrophic events, San Francisco will not recover from the Great Bay Area Earthquake; it will change, transform, and adapt. The distinction is an important one: “recovery” is restorative, and suggest a return to how things were before. The Great Bay Area Earthquake will transform the city to something new. We know this because we’ve seen it time and time again. Kobe (1995), New Orleans (2005), Port-au-Prince (2010), Christchurch (2011), Sendai (2011) and so many more. 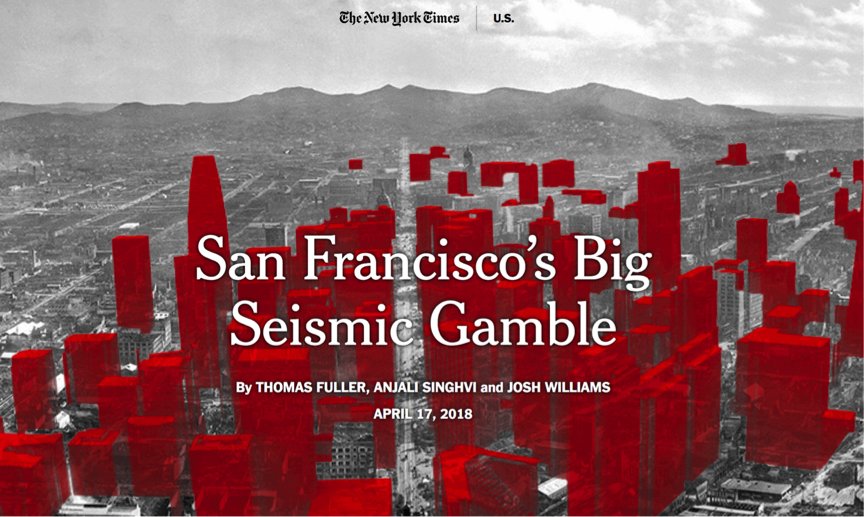 In my view both articles have an overly engineering-centric view of cities and disasters. I did my PhD in engineering studying earthquake risk in urban environments, so I know this community and narrative. The articles make the case that a lot of engineering stuff will break (buildings, roads, electric networks, etc); and that a lot more of it will break than we think. Repairing all this broken stuff will be expensive; and far more expensive than we think. But the focus on all the broken stuff suggests that it will be fixable (we just need some time and money).

What we’ve learned from other disasters is quite different. Recovery (once again a misnomer) will take closer to a decade than a year. Much of the population living in San Francisco after the earthquake will be different than those living there before. The latter will be displaced due to disruption in employment, their residences, schools of their children, etc. The landmarks used in your mental map of the city or to meet friends will be different. Those treasured landmarks may not collapse, but many will suffer damage beyond what is economically repairable, so they will be replaced by newer, shinier buildings.

The economy will be different. I’ve heard many say that the tech industry is resilient since employees can work remotely. That’s true but optimistic. More importantly, much of the tech industry is also easy to relocate elsewhere. Will the thousands of small tech start-ups weather the disturbances of long-term reconstruction, or simply move to Seattle, Chicago, Nashville and other cities? Other industries will likely collapse. The maritime economy of Kobe never recovered from the 1995 earthquake, not because it was expensive or difficult to rebuild the “broken stuff” (i.e. the port infrastructure), but simply because by the time it was rebuilt, shipping lines had found viable alternatives which they were happy with. Many San Francisco Bay Area industries may face similar challenges.

Socially vulnerable groups will be the most affected by the earthquake, as is the case in most every disaster. Not only are they more likely to live in more vulnerable buildings, they also tend to have the fewest means to recover, and are further burdened by structural racism that is often embedded in response and recovery programs. Following the 1906 earthquake, a deliberate effort was made to permanently displace ethnically Chinese populations from Chinatown. The ability of the Chinese San-Franciscans to rebuild in their same location in the city is testament to the strength and mobilization of community leaders to fight back against racist-motivated displacement policies (or city officials suddenly recognizing the potential loss of tax revenues and duties from trade with China). Taking advantage of disasters to push out minority groups has a long history all over the world. We’ve surely made some progress in the past 112 years, but the response and recovery from hurricanes Katrina and Sandy demonstrate how far we still are from practicing equitable recovery. 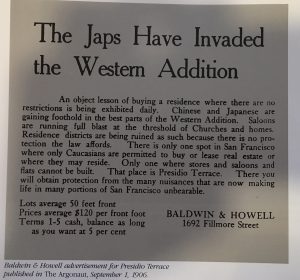 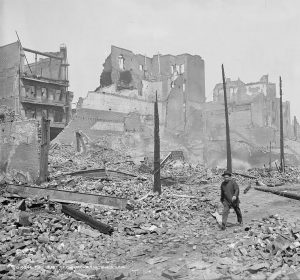 And while San Francisco is not particularly accessible to people in wheelchairs, the city will likely be much worse for years after the great earthquake (as was the case in Christchurch, New Zealand).

These are important things for everyone in the San Francisco Bay Area to think about. Much of the recent population of the Bay Area has never experienced a significant earthquake and doesn’t know what to expect. For those who experienced the 1989 Loma Prieta earthquake, most falsely use it as reference for what a “big one” will be like. But the Loma Prieta earthquake was a moderate earthquake (6.9Mw) that occurred 60 miles from San Francisco. It nonetheless managed to destroy bridges, homes and highways in San Francisco and Oakland. The 1906 earthquake was 32 times more powerful and the rupture went through the city (note that the distance from the fault rupture is what matters, not the distance to the epicenter).

Such a “big one” will happen again. San Francisco will not recover from it. It will transform, change, adapt. My point is not just to say that the Great Bay Area Earthquake will transform the city, but that we need to choose how and what it will be transformed into, and plan for it. Recent articles make a great and important case for our need to prepare for the big one and mitigate its impact (stricter building codes as the NYT article suggests). But we also need to prepare for the Bay Area’s post-earthquake transformation, so that it is more resilient, and perhaps even reformative in positive ways (make the Bay Area more equitable? accessible? greener?). Some years ago I wrote a post on what I called “reformative recovery.” The idea is not only to “build back better” in the engineering sense of the term (i.e. more resilient buildings), but to guide the post-disaster urban transformation to address the structural/societal causes of vulnerability. We are currently living before the Great Bay Area Earthquake, but there will be a day after it. The Bay Area should prepare for this looming disaster, but should also prepare its reformative recovery from it.